﻿﻿﻿
﻿
A visit to Toronto's InterContinental Hotel introduced me to one of the all time great no bake desserts that no one's heard of. Well, no one outside of Canada, maybe. The Nanaimo bar, named for a random Vancouver Island city, dates back to the 50s, and sandwiches some of the most decadent pairings - chocolate, vanilla custard, biscuit crust.

The addition of ground almonds and coconut in a Digestives cookie base sends me into a blissful sugar coma. After sampling it off the hotel's dessert tray, I immediately Googled recipes and found myself racing to the nearest market to find the only unfamilar ingredient for most Americans: Bird's custard powder, a classic British baking item which creates an egg-free custard (and can be found in the US online at World Market and specialty retailers).

Skip brownies and see how this becomes your party go-to dessert. Warning: it's not low cal and you can't eat just one bar.

There are many variations on the bar. This recipe has been adapted from the town's official visitors site. I used far less butter than originally listed.

Melt first 3 ingredients in top of double boiler. Add egg and stir to cook until thickened and glossy. Remove from heat. In a separate bowl, combine crumbs, coconut and nuts. Fold crumb mixture into melted chocolate until uniform. Press firmly and evenly into an ungreased 8" x 8" pan. Let cool in refrigerator while preparing next layer. 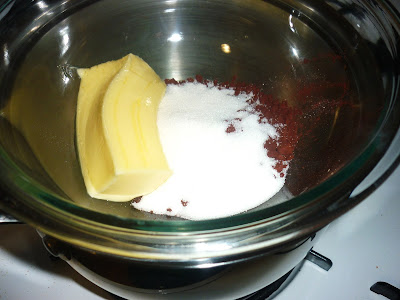 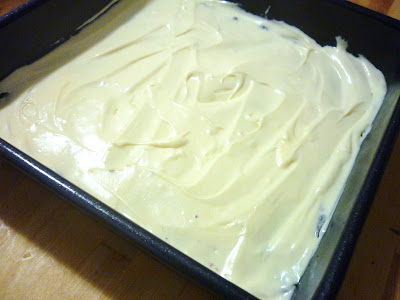 
Melt chocolate and butter over low heat. Cool. Once cool, but still liquid, pour over second layer and chill in refrigerator. Cut into squares and serve chilled or at room temperature. Freezes well. Makes 25 bite sized morsels or 16 large bars.
Posted by KikaEats at 8:18 AM No comments:

At last weekend’s Summer Fancy Food Show, home grown vendors showed off some of the coolest new products in a sea of 2,400 exhibitors from 80 countries, reminding us why NYC is a leading incubator for artisanal food innovation.


LifeIce – Creator Paulette Fox turned personal family tragedy into a brilliant product idea. Delicious shelf-stable mini ice cubes come in all natural flavors and are perfect for guilt free snacking with all the benefits of superfoods including mangosteens, Yumberry and kale. GMO-free too.


We Rub You – I’ve been a fan of the Chung sisters’ eponymous Smorgasburg stand since they started slinging divine Korean bulgogi sliders coated in homemade sauces. Their Spicy Korean BBQ Marinade just beat out 109 other finalists to be crowned the Show’s sofi ™ Award for Outstanding Cooking Sauce.
The Saucey Sauce – Continuing the trend in small batch international sauces, brother and sister duo Toan and Ken swiped their mom’s classic nuoc cham recipe to inspire their line of all natural Vietnamese dressings + marinades. The Hot Habanero KetJap packs blazing chilies into a blend of fish sauce, garlic and tomato paste for a memorable meat marinade or topper on sandwiches and fries.


Named after the Brooklyn bar where it was created, Floyd Beer Cheese is the self proclaimed “must-have midnight snack cheese.”  I don’t disagree. The original flavor is similar to Southern favorite pimento cheese but with a very important distinction: real aged cheddar is used instead of the processed stuff.
﻿
MitchMallows -Why eat a boring marshmallow when you can savor a handmade MitchMallow in unorthodox flavor combos that really work. Along with more classic combos such as cinnamon dusted churros, the addictive ginger wasabi or crunch coated pretzels + beer deserve some serious attention.


Not every terrific product I sampled was from New York. Other outrageous standouts, most of which are all available in NY retailers, include Magnolia Avocado Ice Cream, a velvety tropical dessert without cloying sweetness. Biena and SaffronRoad both make crunchy chickpea snacks in exciting flavors such as BBQ and wasabi. I was also glad to see an old English classic from 1814 finally getting some US of A attention. Colman's mustard is one of those secret ingredients where a little goes a long way in so many savory dishes and spreads. Its fiery kick is a favorite of chefs like Nigella and Martha and worth adding to pantry staples.
Posted by KikaEats at 6:55 AM No comments: