Only two ingredients are needed to make a peameal bacon sandwich, one of life's greatest edible pleasures: bacon and a soft roll. So why is it that this culinary masterpiece can only be found in Canada?
﻿
It's hardly worth arguing over and just an excellent excuse to head to Toronto (which I must do for the annual Toronto International Film Festival) and b-line straight to St. Lawrence Market. One of the world's great markets, this vast gastronomic hub boasts hundreds of types of seafood, cheeses, oils, fruits, vegetables and international delicacies. It's also the market of choice for Toronto's top chefs, sitting on the original City Hall site.
﻿
And it's where you can find the famous, and many argue, best peameal bacon sandwich ($5.75) at Carousel Bakery. Just look for the lines.
﻿
What Americans call "Canadian bacon," as in the flaccid meat in an Egg McMuffin, has no resemblance to the real deal. It's lean, slow cured pork loin rolled in cornmeal. Once grilled, the coating add a lovely crunch to the sweet-salty bacon. Historically, the meal was originally ground yellow peas, which was used as a preservative. If I weren't flying home, I'd have bought a hunk of bacon in a heartbeat.

If you're ready for lunch, head to the back of the main floor to Buster's Sea Cove for the fresh "catch of the day." Part of the fun is taking a seat at the counter and watching the lively chefs in action. Your chances of snagging a prime spot are better on a weekday. Go for the grilled swordfish or fish + chips. Buster's also operates a year-round food truck serving lobster rolls and fish tacos.

The newer North Market is located across the street. This building houses up and coming food artisans including Toorshi Foods, a purveyor of delicious Armenian pickled vegetables. Owner Hratch Vartanian will gladly offer samples, which add zing to sandwiches (especially hummus) or in salads. They make great gourmet gifts too.

Speaking of pickles, I spotted local Brooklyn favorite, McClure's Pickles, at the market too. The best from around the world, indeed. 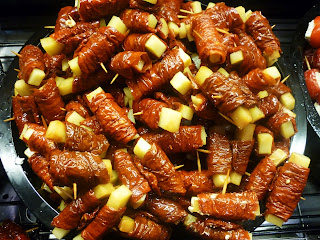 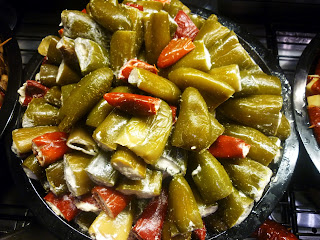 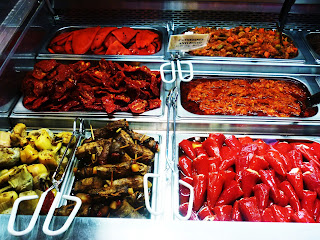